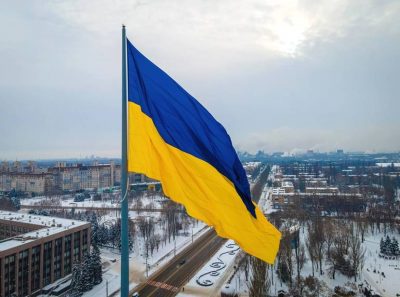 The daily slaughter of innocent Ukrainians is escalating.

Putin’s air superiority in particular has resulted in massive numbers of deaths and casualties and has seriously undermined the heroic efforts of Ukrainians to defend themselves.

The United States should immediately authorize the conveyance of MiG-29 fighter aircraft offered by Poland to the Ukrainians as well as surface-to-air missile systems.  Delay is denial and will result in more suffering and death.

A peace initiative—or even a truce—is less likely as long as Putin dominates the sky.

On March 8th, I chaired the first hearing in the House of Representatives to hold Putin accountable for ordering the barbaric invasion of Ukraine by pressing for the prosecution of Putin and others for their war crimes.

I also introduced bipartisan legislation—H.Res. 966—urging the creation of appropriate regional or global justice mechanisms to immediately investigate and prosecute Putin and those responsible within the Russian Federation as war criminals.

For over a year—as Russia deployed troops on the Ukrainian border—President Zelensky repeatedly asked the Biden Administration for defensive weapons systems to deter Putin from invading.

At a March 2nd hearing of the House Foreign Affairs Committee I reminded the State Department’s second highest official, Deputy Secretary of State Wendy Sherman, that in a 2014 speech to another joint session of the U.S. Congress, Ukrainian President Petro Poroshenko asked the Obama Administration for military assistance—which he didn’t get—to defend against Putin’s invasion of Crimea and said ‘One cannot win the war with blankets.’  President Obama’s response was to send more blankets.

Last June, as Russia deployed more combat forces on Ukraine’s border, Politico and others reported that a modest military aid package had been put on hold. “Key items under consideration for the package include short-range air defense systems, small arms and more anti-tank weapons….”

I asked Secretary Sherman to tell the Committee exactly what Ukrainian President Zelensky asked for over the past year—including air defense systems—that he didn’t get.

Delay is denial.  Were there any delays? I asked Secretary Sherman to give us the timeline of Ukrainian requests that were met and those that weren’t. I‘m still waiting for the answers.