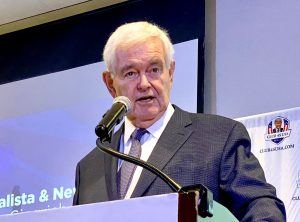 Former Speaker Newt Gingrich: “ I am proud to endorse Congressman Chris Smith, an effective lawmaker who works in the trenches every day to protect democracy, religious liberty, individual freedom, entrepreneurship, growth and prosperity.”

The top three Republican leaders in the U.S. House of Representatives have endorsed Rep. Christopher Smith for re-election in New Jersey’s 4th district, a move that makes a primary challenge against the 21-term incumbent more difficult.

“Chris Smith is a bold and effective legislator for the people of New Jersey in the United States House of Representatives,” said House Minority Leader Kevin McCarthy.

Steve Scalise called Smith “a true fighter.” He said “Standing true to his principles, Chris knows how to protect our Nation’s treasured values, champion a strong economy, and stand up for the rights that make America the beacon of freedom for the world.”

Elise Stefanik called Smith a “trailblazer who has led the way in protecting women and children in the U.S. and around the globe from the heinous crime of human trafficking.” 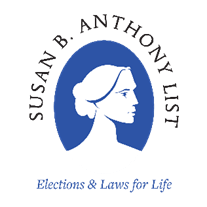 “Congressman Chris Smith is a lifelong leader in the pro-life movement and a staunch advocate for the unborn and their mothers in Congress,” said SBA List President Marjorie Dannenfelser. “Rep. Smith’s experience leading the House Pro-Life Caucus is invaluable. At every turn he has exposed the extreme Biden-Pelosi agenda of making taxpayers complicit in abortion on demand. He is a champion of the Hyde Amendment, which has saved more than 2.5 million lives, and its entire family of policies that keep taxpayers out of the abortion business domestically and abroad. At a time when the Supreme Court could finally return the right to protect life to the people and their elected representatives, heroes like Rep. Smith are needed more than ever in Washington. We urge New Jerseyans to re-elect him.”

The New Jersey Right to Life PAC has endorsed Smith in his bid for re-election in New Jersey’s 4th district.

“Congressman Smith is the strongest, most consistent pro-life champion in Washington, and in the fight to stop abortion around the world,” said NJ Right to Life executive director Marie Tasy.

Smith, the co-chair of the Congressional Pro-Life Caucus, faces six challengers in the June GOP primary in the state’s most solidly Republican House district.

“Unborn children and their mothers know they can count on Chris Smith’s experience, knowledge, legislative skills, compassion and dedication to advocate for life affirming policies to help protect the weakest and most vulnerable among us,” stated Tasy.

“The most vulnerable, whether at home or abroad, have always been able to count on Congressman Smith,” said Perkins. “He has been an effective, consistent leader, standing up for pro-life policies and the protection of basic human rights including the fundamental human right of religious freedom.” 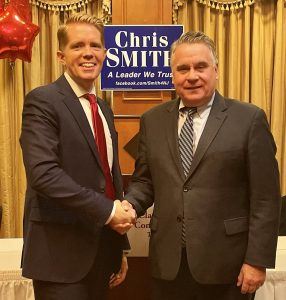 Rev. Shawn Hyland, the former executive director of the Family Policy Alliance of New Jersey, will announce today that he’s dropping out of the race for Conrgess in New Jersey’s 4th district and will endorse Rep. Christopher Smith (R-Hamilton) for re-election to a 22nd term.

“A Better America has always been the battle cry of my campaign—that our nation would renew our spirit of civility, stand by our convictions, and dedicate ourselves to the common good,” said Hyland, “Congressman Smith has a record that embodies those values.  I’m concluding my campaign for Congress but continuing my fight for a better America alongside Chris Smith, who I’m proud to endorse.” 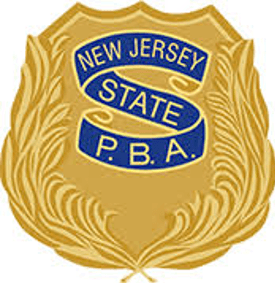 “We need elected officials who can see beyond party and politics…Too many politicians offers lip service or run away…We believe you will take action in those times when we need it most.”

“Thank you for your commitment to safe staffing for hospital workers, the protection of collective bargaining rights, and to affordable and accessible healthcare in the State of New Jersey.”

“Chris Smith has been a consistent and influential advocate for firefighters and other emergency responders and we are delighted to endorse him for reelection…Most recently, Chris helped secure federal funding to purchase essential personal protective equipment needed to protect our firefighters during the ongoing COVID-19 pandemic.”

“Rep. Chris Smith has emerged as a champion for ensuring clean water, restoring wildlife habitat, and bolstering the resilience of coastal communities to hurricanes and other severe weather. New Jersey’s 4th Congressional District is fortunate to have such a common-sense conservation champion and wildlife advocate in the U.S. House of Representatives.” 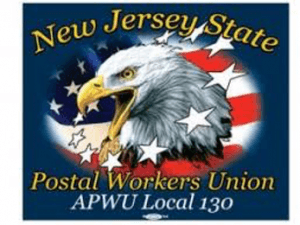 “For many years—especially this year with the COVID-19 crisis—Rep. Smith has been a consistent champion for postal workers, advocating for a safer and better work environment. Chris has been tenacious, fighting for PPE for our postal workers, supporting essential emergency relief and maintaining operational equipment so that our men and women on the frontlines can continue to serve our customers safely and effectively.” 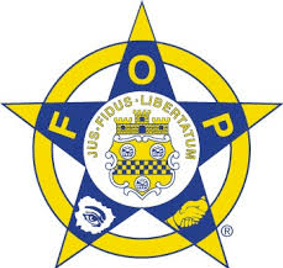 Bob Fox, President of the NJ Fraternal Order of Police:

“Chris Smith has always been there for the women and men in law enforcement. Chris is dedicated to public safety and the rule of law and works tirelessly to make sure our police have the support and resources we need to protect New Jersey families and keep our communities safe for everyone.” 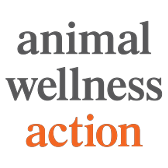 “We are pleased to endorse you for U.S. Congress in the 2020 election. Your outstanding advocacy and leadership on animal welfare issues is indicative of your keen attention to these issues… We are grateful for your expressions of support for a range of animal welfare policies.”

“We recognize that our nation is at a crossroads on so many important issues. These candidates represent the needed leadership and we are certain will provide the utmost support for the men and woman of the STFA. Most important, we believe…they will work tirelessly…on policy making and initiatives to ensure public trust in police while balancing the needs of our membership.” 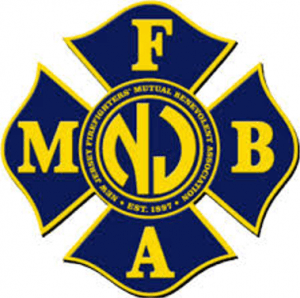 Ed Donnelly, President of the NJFMBA, on Rep. Smith and slate of endorsed candidates:

“Each of these endorsed candidates have shown that when times are tough they are willing to stand shoulder to shoulder with New Jersey’s career firefighters, EMTs, and dispatchers.”

“As Sept. 11 widows known as “The Jersey Girls,” we have spent 19 years fighting for truth, justice, transparency and accountability with regard to the murder of our husbands…Congressman Smith (R-NJ) gave us a road map for how to navigate Congress to accomplish our goals. He also held our hands and walked us through … every step of the way…We have personally witnessed Chris Smith’s commitment to his constituents and his tireless efforts on human rights issues. His work has made the world a more humane place. We cannot think of a better person to represent New Jersey’s 4th District in Congress.”