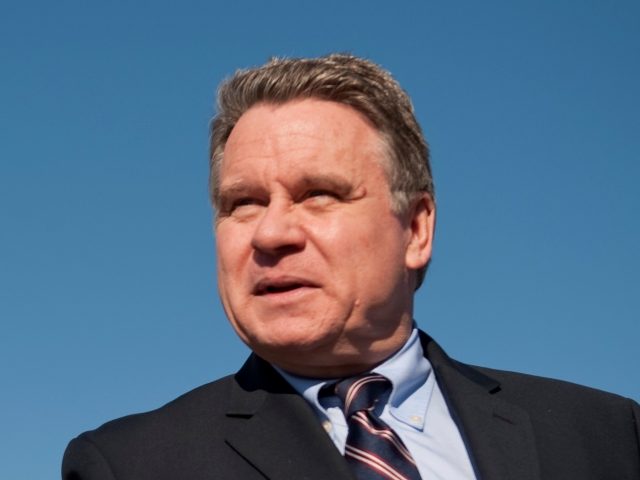 Rep. Chris Smith (R-NJ) on Monday urged his colleagues to adopt his proposal to restore GI bill benefits for veterans who were kicked out over the Biden administration’s vaccine mandate.

Smith’s proposal would require that no troops receive less than an honorable discharge for not complying with the mandate, which would allow them to retain their earned educational benefits.

He is urging colleagues to add his proposal to the National Defense Authorization Act (NDAA) for the 2023 fiscal year, which is slated to be voted on this week.

The proposal would improve upon current law prohibiting dishonorable discharges over the vaccine mandate by upgrading “general” discharges to “honorable” discharges.

“Congress must act immediately to restore the education benefits that have been robbed from the brave men and women who answered our Nation’s call to serve and were forcibly discharged as a result of President Biden’s COVID vaccine mandate,” Smith said in a statement.

“As the former Chairman of the House Committee on Veterans’ Affairs, and author of the Veterans Education and Benefits Expansion Act of 2001, it is my strong belief that our Nation’s veterans deserve the upmost respect for their service and heroic sacrifices in protection of freedom and democracy,” he added.

Smith also supports and has authored legislation to reinstate troops who were discharged over the mandate, but his current proposal would make sure that those who remain separated over the mandate will receive their educational benefits at a minimum.

Smith said in a letter to chairmen and ranking members of the Senate and House Armed Services Committees that his proposal was developed in response to contact from several constituents were discharged over the mandate with a “general” discharge and were at risk of losing those benefits.

“This is no way to treat our courageous service members who put their lives on the line and sacrifice so much to preserve and defend our freedoms and security,” Smith, former chairman of the Veterans’ Affairs Committee and author of the Veterans Education and Benefits Expansion Act of 2001, said in his statement.

“Our Nation’s veterans — who deserve the upmost respect for their heroic sacrifices to protect our democracy—must be assured of the hard-earned benefits they were promised,” he added.

House Democrats on the Rules Committee blocked Smith’s proposal when he offered it as an amendment to the House’s version of the NDAA in July, denying it a vote by the full House.