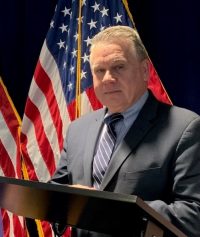 “The Russia collusion hoax is the most egregious campaign of slander and defamation—all coordinated to sabotage the presidency of Donald Trump.

“The Durham filing sheds additional light on this outrageous smear campaign against President Trump which was pushed by Hillary Clinton, Democrats and a biased media.

“The revelation that the Clinton campaign had ties to a tech operative with access to Trump campaign and White House data is absolutely unconscionable. The perpetrators of these crimes against President Trump need to be held accountable, now.

“Congress has a serious oversight obligation to get to the truth. Republican Leader Kevin McCarthy has promised to hold a comprehensive investigation into the “spying scheme” when the Republicans take back the House.  If we are to restore confidence in the rule of law and our Democratic institutions, that day cannot come soon enough.”