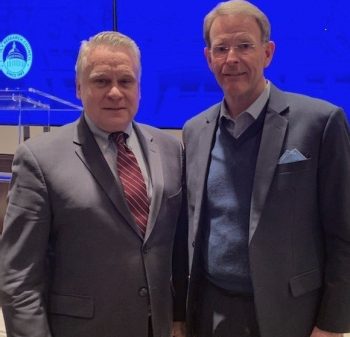 “The most vulnerable, whether at home or abroad, have always been able to count on Congressman Smith,” said Perkins. “He has been an effective, consistent leader, standing up for pro-life policies and the protection of basic human rights including the fundamental human right of religious freedom.

“I am proud to endorse Congressman Chris Smith and I stand with him, just as he has stood with conservatives in a tireless effort to advance faith, family, and freedom.”

Shawn Hyland, the former director of the Family Policy Alliance of New Jersey, who recently dropped his bid for Congress to endorse Smith, said Perkins’ endorsement will resonate with family leaders across New Jersey.

“Local organizations such as the Family Policy Alliance, have always recognized Rep. Smith’s outstanding leadership on the issues that matter most to families and local New Jersey parents who work hard every day to give their children a better future. I was pleased to endorse Rep. Smith earlier this month, and I know the pastors and advocates for family values across the state will once again go all out to support Chris and work hard for his reelection including in the new areas where I live.”

Smith, the co-chairman of the House Pro-Life Caucus, is also the former chairman and current Ranking Republican of the House committee that oversees international human rights where he leads the fight for religious freedom and protecting those who are tortured, beaten, and otherwise harassed for their beliefs.

Smith is also the author of the nation’s first anti-human trafficking law–and four subsequent laws–that protect victims, primarily women and children, from this heinous crime and works to help them rebuild their lives.