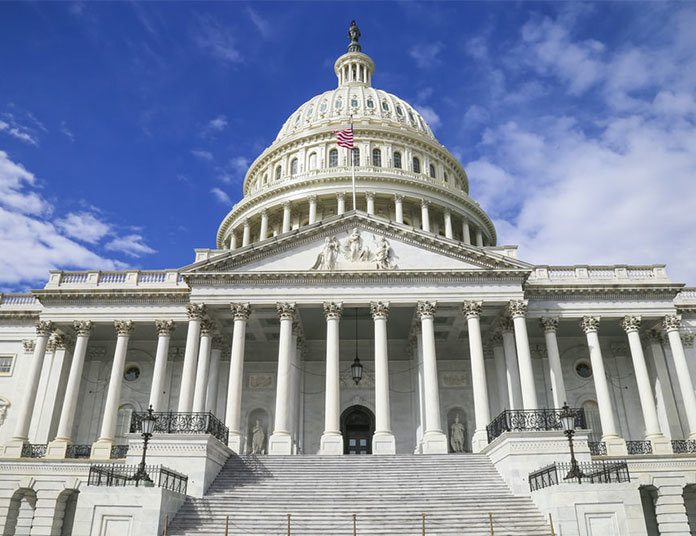 Excerpts of remarks by U.S. Congressman Chris Smith of New Jersey via Zoom

Special thanks to all the distinguished international participants—especially a very brave survivor Shandra Woworuntu, founder of the human trafficking survivor empowerment program Mentari—for participating in this webinar.

And thanks to our tremendous moderator Tatiana Kotlyarenko, advisor on human trafficking to the OSCE’s Office for Democratic Institutions and Human Rights (ODIHR).

While all of us are focused almost exclusively on combating the coronavirus pandemic and seeking ways to mitigate its horrific health and economic consequences, one highly disturbing fact has emerged that has been largely ignored—the pandemic has put women and children at higher risk of exploitation, abuse and trafficking.

As the OSCE Parliamentary Assembly’s Special Representative on Human Trafficking Issues, and prime author of five U.S. laws to combat this exploitation including the landmark Trafficking Victims Protection Act of 2000, I strongly believe we need to be much more seriously addressing and responding to:

Lori Cohen, executive director of ECPAT-USA,  an extraordinarily effective anti-trafficking policy organization in the United States and member of ECPAT International told me on Saturday that “It has been well documented that trafficking of children and other at-risk individuals rises during a time of crisis…there are two interrelated concerns during the COVID-19 pandemic: the rise of online grooming and sexual exploitation while children are isolated and only virtually connected to the world; and increased vulnerabilities of sex trafficking during a time when normal policing functions are disrupted.”

Ms. Cohen said: “ECPAT-USA has responded to this urgent crisis (including) by creating a safety pamphlet for youth that has been posted online.”  She said they are “developing a second, more detailed pamphlet for parents to help them understand the technology that their children are accessing, the forms of exploitation that their children may be subjected to, and basic instructions on managing privacy settings.” https://www.ecpatusa.org/   ECPAT-USA Youth Online Safety Guide.

I respectfully ask ODIHR to disseminate these guides as quickly as possible and to the greatest number of people.  Knowledge is power.

As many of you know from your work, we’ve known for a long time that pedophiles can quickly groom a child for exploitation.  But just how quick?

An Irish Examiner article in September of 2016 focused on a report by the “Online Grooming Communication Project”.   Researchers at Swansea University in Wales looked at the language groomers use in chatrooms and on social media and said the results were worrying…and academics say they were shocked after discovering that grooming does not take long—with the time between initial online contact and first sexual requests ranging from between 18 minutes and 82 hours.”

The project leader said the child predators use “seemingly innocuous ‘small talk’ to develop a sense of trust in them, requests and commands to gauge the children’s disposition to meet online groomers’ desires for verbal or visual sexual engagement and compliments on various topics to increase feelings of trust and emotional bonding.”

We must make it a top priority to educate children to keep them safe online, which as you might know was the topic of the resolution I authored and was adopted at last year’s OSCE Parliamentary Assembly’s Annual Session in Luxembourg.

The resolution focused on educating students and teachers on how to identify and avoid human trafficking online—everywhere.

The event I chaired in Luxembourg last July,  included the Frederick Douglass Family Initiatives, A21 Campaign, Just Ask,  and others like the  National Center for Missing and Exploited Children, who have developed age-appropriate school courses to educate students on how to avoid trafficking traps, and how to educate teachers as well.

U.S.  Ambassador-at-Large to Monitor and Combat Trafficking in Persons John Richmond, told me a little over a week ago, the pandemic has made the “vulnerable more vulnerable”.

He said there are anecdotal reports from around the world including several countries within the OSCE, that online child sexual abuse and access to websites that host such exploitation have increased.

And he also noted that traffickers appear to be shifting labor trafficking victims into work related online commerce.

Sex buyers are quarantined like everyone else; some are having their victims delivered to their doorstep while others are turning to online venues. Sites are hosting videos of trafficking victims, sexual abuse of children, and rape.

Because of the pandemic, victims are less likely to be rescued.

Law enforcement everywhere has shifted its attention to coronavirus response including assisting the heroes providing healthcare.  How many traffickers are today evading investigation, arrest and prosecution?

Victims may be quarantined with their traffickers, and, as a result of quarantine and social distancing practices, are now less likely to come into contact with anyone who might assist or rescue them.

How many victims and survivors are now homeless?

Survivors may find themselves out of legitimate work—gainful employment is not only a way to thrive economically, but is part of empowerment and healing.

One highly successful job training program for victims is panelist Shandra Woworuntu’s Mentari culinary arts program in New York.  I’ve read that over 90% of the survivors have gone on to secure jobs as culinary professionals.

New York, however, is America’s epicenter for COVID-19.  My own state of new Jersey has been hit hard as well. With restaurants closed or restricted to take out, what has happened to Shandra’s graduates?

Trafficking victims who were minors or were coerced into pornography can get some relief with enactment into U.S. law in 2018 of the Allow States and Victims to Fight Online Sex Trafficking Act which eliminated legal immunity previously enjoyed by online pornography platforms. Purveyors of sex trafficking at Backpage.com which turned children into commodities for sale and rape, were indicted.

According to Pat Truman, CEO and President of the National Center on Sexual Exploitation, however, “federal and state law enforcement officials have been very slow to enforce these laws and as a result such illegal videos are all over the internet.”

NGOs and shelters are also being impacted by the pandemic, as shelters decrease the number of people they can house in accordance with government social distancing guidelines, and NGOs appear to be facing significant losses in funding and staff who themselves are quarantined or sick.

Prison releases are a concern. While it makes sense to reduce the prison population of some nonviolent inmates to slow the spread, it also means that accused—even convicted—traffickers may be released. This is frightening news especially for survivors, as they often fear retribution from their trafficker.

Bottom line, the COVID-19 pandemic has put women and children at higher risk.  We must respond.

Access the Online Safety Guides, one for youth and one for parents, and Smith’s complete remarks at ECPAT-USA: https://www.ecpatusa.org/blog/2020/5/6/representative-chris-smith-highlights-ecpat-usas-work-in-remarks-to-osec