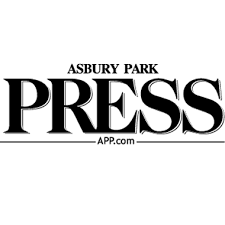 Smith, a Republican, has cited problems with the mail in 11 Jersey Shore towns as President Trump comes under fire for his handling of the agency.

Carriers too bogged down to complete their routes, forced to prioritize packages over letters.

Bombarded by complaints from constituents in 11 Jersey Shore towns, Rep. Chris Smith, R-New Jersey, relayed these concerns about the U.S. Postal Service to Postmaster General Louis DeJoy in a July 24 letter. Apparently dissatisfied by the response or lack thereof, Smith issued a public plea Monday to “help stabilize the post office and ensure it can properly process the surge of ballots anticipated this fall.”

In a statement issued through his office, Smith said, “We must not shortchange USPS operations and must work together to ensure that the USPS, and the brave men and women on the frontlines of postal operations, are fully supported in their work which is fundamental to our economy and democracy.”

Concern over the postal service’s efficiency reached a fever pitch since last week, when President Donald Trump told reporters he disapproves of an emergency funding package that included $25 billion for the Postal Service because it would aid mail-in voting.

“A critical aspect of securing our elections is ensuring our Nation has a robust and healthy United States Postal Service,” Smith said Monday.  “In the current time of COVID-19 stay-at-home orders, our economy and elections are even more reliant upon a strongly supported USPS.”

Dating back to April 9, Smith has written five letters on the subject to Postal Service and Congressional leadership. DeJoy is now expected to testify before Congress about the agency’s problems on Monday as lawmakers scramble to pass a new rescue package.

“Having voted for HR 2 — legislation that recently passed the House (July 1) to provide $25 billion in additional funding for the USPS — I believe we must provide the backing and equipment needed so postal workers can safely and effectively do their jobs which includes processing voters’ ballots,” Smith said.