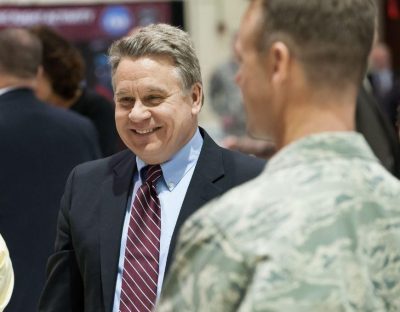 A Republican congressman from New Jersey on Tuesday slammed House Democrats for blocking a bid to protect National Guard and Reserve soldiers who refused a COVID-19 vaccination from losing education benefits under the GI Bill.

Rep. Christopher Smith (R-Manchester) sought to amend the National Defense Authorization Act to protect more than 60,000 service members who could lose their benefits following President Joe Biden’s mandate that all soldiers be vaccinated.

“Tens of thousands of our Nation’s brave men and women in uniform are in danger of being forced out of service and robbed of their hard-earned educational benefits simply because they have medical concerns or moral objections about the COVID vaccine,” said Smith.  “This is no way to treat our courageous service members who put their lives on the line and sacrifice so much to preserve and defend our freedoms and security.”

Smith wanted to change the language of a law passed last year that changes the terms of a discharge for vaccination objectors from honorable to general.  Veterans with a general discharge are not entitled to participate in the GI Bill, and Smith said they could also face unjust questions from employers.

But the House Rules Committee rebuffed Smith’s bid and will not allow his amendment to go  to  the floor for a full vote.

“My amendment provides needed protections for U.S. service members by ensuring that their discharge is nothing less than honorable so that they can access the GI bill benefits they are owed for their noble service to our country,”  stated Smith.   “No one should lose their jobs or pensions because they do not want the COVID vaccine, especially those who step up to defend the very freedoms we enjoy in this great nation,” stated Smith.